These claims make Coco Loko sound better than cocaine, marijuana and alcohol put together but would you snort chocolate? I prefer delicious hot chocolate myself but only with hot water. I doubt it is entirely healthy to snort anything but hey, this is a heck of a lot better than having your kids string up on illegal drugs. While Coco Loko is getting lots of press not everyone is a fan. Checkout this brave Youtuber giving it his first and last try:

Medical professionals are not sure what to think about the new chocolate snorting trend. The product is not certified by the Food and Drug Administration and no clinical testing has been reported. There has been a lot of debate about the safety energy drinks and legal high products like Coco Loko. Until the facts become clear I will stick with plain old hot chocolate as my favorite form of powdered chocolate. You can check out Coco Loko ot LegalLean.com. 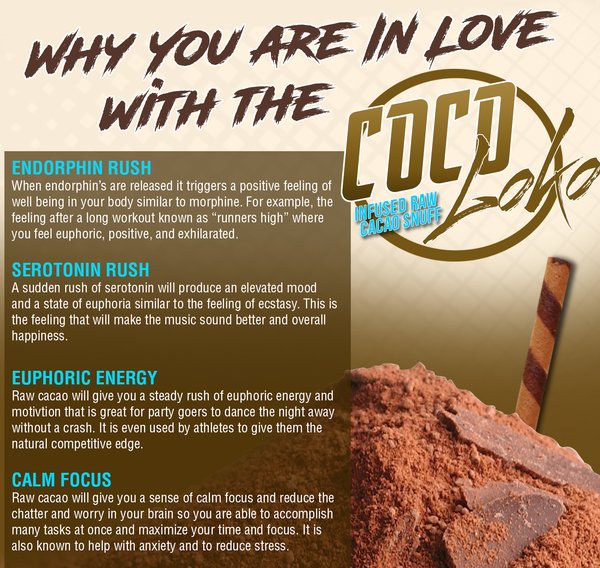