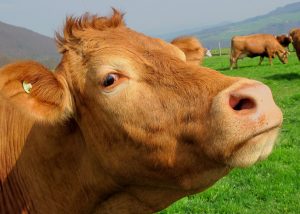 Recent news on how many people think chocolate milk is produced by brown cows has me thinking, can we have flavored cows? I know the articles on this topic are intended to point out how stupid people are, but you have to wonder if genetic flavoring is in our future.? Scientists are working on exactly that right now. The other question is are Americans telling us what they think about chocolate milk? or do they think this was just a dumb survey question. Check out the news below.

“7% of American adults believe that chocolate milk comes from brown cows, according to a nationally representative online survey commissioned by the Innovation Center of U.S. Dairy.If you do the math, that works out to 16.4 million misinformed, milk-drinking people. The equivalent of the population of Pennsylvania (and then some!) does not know that chocolate milk is milk, cocoa and sugar.”